Who is who in the software house? Glossary of terms

The software houses have clear and organized structure, each employee occupies a specific position and performs a specific function. However, for a person who is new in this environment or only cooperates with it, complicated names may not describe the profession of a given specialist which is why we have created this glossary of terms.

Project menager is the person who runs the project and makes ideas become a legal program. They also mediate between clients and developers and translate programming jargon into human speech.

Quality Assurance is a tester, in other words a person looking for bugs. Their task is to create a test scenarios, user paths and implement them and check how the service works.

CTO, Chief Technology Officer, is a leader of developers who has hard skills in the programming industry and soft skills that facilitate conflict resolution. They are responsible for the company’s technological resources and its development. They are also responsible for communication within the team.

UX and UI Graphic Designer is a graphic designer responsible for designing users’ experiences. What exactly does it mean? Person in this position makes sure that apps are friendly, intuitive and functional for the users. If you think of an app where you can’t make a purchase – this is an example of a product that requires consultations with an UX. Because of specialist’s work mistakes can be avoided and the goal is achieved more efficiently.

iOS developer is an iOS-oriented developer, while Android Developer programs all devices with Android software.

Web Developer is the core of the software house. Backend Developer works on the logical and server layer of apps. Frontend Developers deals with visual layer. And when we have to deal with developer who has knowledge of these two areas we call it the Full Stack Developer. 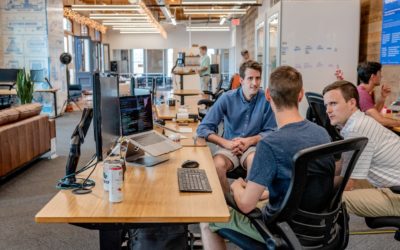 Corpo, software house or start-up – where developers should start their career?

Developers are desired specialists on the labor market and they can choose from many offers. They only have to ask one question - what workplace will be the best for them – start-up, software house or maybe a corporation? When it comes to work, everybody has own their...

END_OF_DOCUMENT_TOKEN_TO_BE_REPLACED 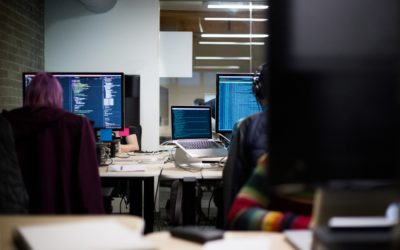 If you want to do an IT project and you are not a part of this industry, you need a team of specialists who will help you. While you can easily find the programming company, choosing them can seem like a challenge. Why? It's not just that the IT market has become...